One of the most striking pictures in our current exhibit, Pairings, is this photograph showing the Grand Opera House in Norristown.

Originally opened as the Music Hall in 1874, it hosted many travelling performers, included the Prague born actress Fanny Janauschek.

In 1899, it was renamed the Grand Opera House.  It continued to host touring companies, especially the melodramatic operettas that were popular at the time.

One local theater fan, Margaret Blackfan, was a huge theater fan who kept a scrapbook of programs and newspaper articles on Norristown and Philadelphia theaters.  Here’s the program for one production:

Most of the operas did not enter the canon.  They often feature women dressed as men (known as a “trouser role”) as this one did.

Margaret’s scrapbook also features the above article on a different production of Sinbad at the Grand Opera House (you can see that cast described in the article is different from the one on the program).

In those days, the theater was also a place where people could gather.  A large meeting for the Norristown Centennial was held at the theater in 1912.  It is also where locals gathered to memorialize President William McKinley after his assassination.

The Grand Opera was the sight of several fires.  One, in 1900 destroyed the interior. 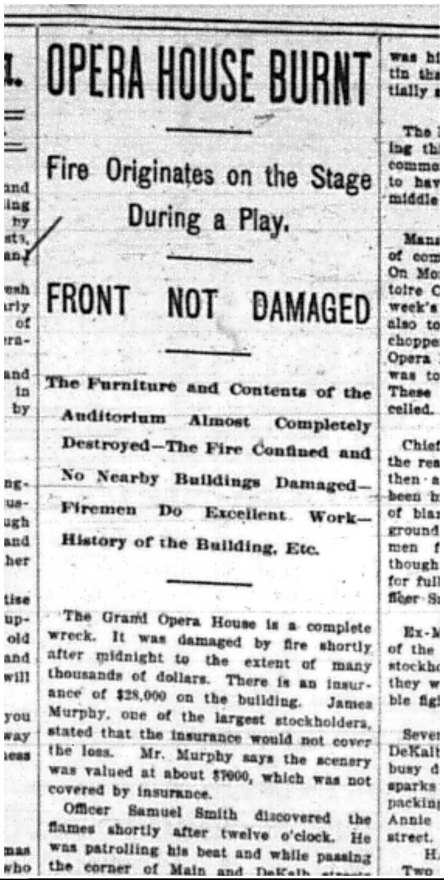